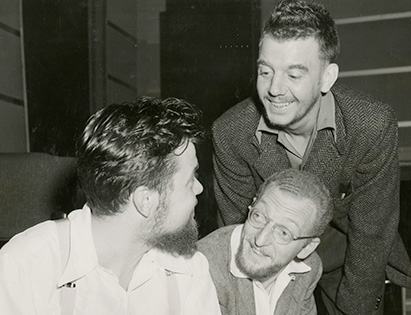 Mercury Theatre on the Air

The War of the Worlds

The War of the Worlds
Mercury Theatre on the Air

Adaptation of H.G. Welles 1898 novel "The War of the Worlds". Adapted by Howard Koch. Orson Welles's most famous radio production.

Portions of this program were transferred from disc by MDPI’s IU Media Digitization Studios. Other portions were taken from a cassette copy of a transfer done possibly in the late 1980s-early 1990s. This item will be updated with new files from damaged discs in the future.

The radio play WAR OF THE WORLDS by Howard Koch is used permission of Peter Koch.